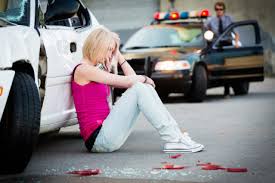 Driving is the #1 killer of teenagers in the U.S. and has been for over 70 years.  Why have we as a society allowed this to occur for so long?  During the first 10 years of the Afghan-Iraq war, approximately 6,800 U.S. soldiers sadly lost their lives, the news of their deaths were on the front page of newspapers and breaking news on the nightly newscasts.  In comparison, during the same 10 year time-frame, 392,603 men, women, and children were killed due to traffic accidents in the U.S. alone……an amount over 57 times the number of the U.S. soldiers killed.  Where’s the outrage?

It appears our society has apathetically accepted that these traffic deaths are largely unavoidable and just part of the risk of driving.  As an expert in the field of driver training (I’ve personally trained over 10,000 students), I can tell you without any reservation that this premise is wrong.  There is a solution.  There are many facets to the problem and they all have to be understood to solve the problem.

Regulatory Requirements:
During this last summer, I spent some time visiting several of our local DMV’s (California Department of Motor Vehicles) to observe the behind-the-wheel driving exams.  I kept hearing from my clients that the driving exams were as short as 4 minutes, claims that I thought were exaggerated.  They weren’t. The first driving exam I personally witnessed, from the time the student first backed out of her parking space until she returned and shut off her car was 4 minutes and 30 seconds.  I was sure the student had failed but when I asked her how she did, she told me she passed and had only made one mistake.  Four minutes and thirty seconds folks……just let that thought settle in for a moment.  The most dangerous activity that young teenage girl will probably ever do is drive and she received her driver’s license after a 4 MINUTE AND 30 SECOND DRIVING EXAM!

I witnessed well over 25 driving exams at several of the DMV’s in my area (Central California) and I discovered the driving exams generally lasted between 6 to 11 minutes with an average of about 8 ½ minutes.  The tests that I witnessed did not include any freeway driving, 3-point turnabouts, lane changing in heavy traffic, left turns at intersections, 4-way stops, and about 20% of the time, the examiner didn’t even have them prove they could reverse in a straight line next to a curb.  To say these driving exams were a complete joke would be an understatement of monumental proportions.

Five years ago I turned on the cameras during an actual California DMV Driving Exam to show how inept the driving exam was, it was about 15 minutes back then.  Now, five years later, the DMV has shaved about 6 minutes off of their current driving exam.  View the You-Tube video of that driving exam here to verify what I’m saying.

How to Set Up Your Teen for a Traffic Accident…Part 2 will be out soon.  Please feel free to subscribe to my e-mail notification or RSS to receive my new posts (your e-mail info will not be shared with anyone)

P.S.  Please check out my new 5 Star Driver Training Video Series to learn how to make your teen a 5 Star Driver.

One thought on “How to Set Up Your Teen for a Traffic Accident: Part 1”