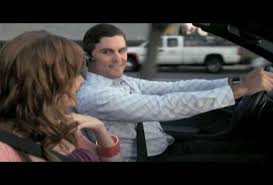 Does this mean that 249 of the people in this seminar might be thinking that you are the problem? Just who is the problem? Couldn’t be me, I’ve had my license for many years now, I’m a great driver and I passed my driving exam 30 years ago on the first try……no, it’s all the other drivers out there that cause all the problems, not me.

As an active behind-the-wheel Certified Driveologist™ (expert driving instructor) for well over 30 years, I come across this arrogant attitude on a daily basis. Since I’ve created a brand new highly-advanced driver training methodology, the vast majority of my lessons occur with parents observing me teach their new teenage drivers my new methodology from the back seat. At the beginning of the lesson, I usually ask the parent if they would classify themselves as a “good driver” and the response is “yes, of course I am” probably 99% of the time.

During the lesson, when I begin to discuss where the new teen driver should be practicing their driving, most parents start talking about their own driving fears and inabilities.  The parents use these fears as a reason why they aren’t going to be able to practice driving with their teenager in those specific areas or situations. The most common driving fears I hear from the backseat are freeways, mountains, heavy traffic, downtown, night driving, fog or heavy rain. Many parents tell me they’re personally afraid of driving on freeways, downtown, or mountain roads.

What happened to the self classified “good driver” statement? A parent who is afraid of freeway or mountain driving isn’t likely to take their teen driver on the freeway or mountain roads. The result of this situation is that the new teen driver doesn’t receive enough driving practice to become skilled in these areas and adopts the driving fears of their parents. In talking with these parents, I usually find that “their parents” (the teenager’s grandparents) exhibited the same fears…..and so the pattern continues to the next generation.

The problem comes from thinking the “Driver’s License” is the ultimate achievement in determining a person’s driving skill. It isn’t, it’s not even close. The driver’s license is no more than a cruel joke that gives a false sense of security to un-suspecting parents and also serves as an “achievement-based justification” to excuse parents from continuing on with the driver training process because the licensing process is complete. The driving skill level needed for a 16 year-old to get a driver’s license is a One-Star Driver skill level which by coincidence is the same skill level needed to be a prime candidate for a roadside memorial.

The One-Star California DMV driving exam lasts between 4 ½ to 11 minutes and DOES NOT address any of the advanced driving skills needed to drive safely on the road. Eighty percent (80%) of new drivers are involved in a reportable accident within the first 3 years resulting in a twenty percent (20%) success rate.  Driving is also the #1 killer of teens and has been for over 70 years.

If you are comfortable with a One-Star Driver skill level for your new teenage driver knowing there’s a 4 in 5 chance of them being involved in an accident, then I would classify you as a One-Star Parent. Knowing how to “drive” and knowing how to “teach driving” are two completely different skill sets yet the DMV and most parents assume they are the same skill set.  If you want your new teenage driver to have the driving skill level of a 5-Star Driver, then be a 5-Star Parent by becoming educated on how to “teach driving” and do what it takes to get them to that point. I’ve created the 5-Star Driver program to help 5-Star Parents achieve that goal.