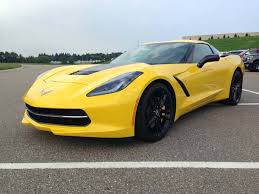 While driving on Interstate 5 in Southern California just south of the 405 merger near Mission Viejo, a brand new yellow Corvette caught my eye.  Traffic was backed up and moving very slow, as is usual in this area.  I positioned myself in the #3 lane because it was obvious to me that this lane was moving faster than the #1 or #2 lanes.  The yellow Corvette was several hundred yards ahead of me and was darting in and out of the #1 and #2 lanes, cutting off other drivers and making them brake suddenly.  Because my lane was moving a little faster, it didn’t take long to pull up next to him even though he continued to try and catch any little space that might get him ahead of the next car.

I looked over at his license plate and it read: 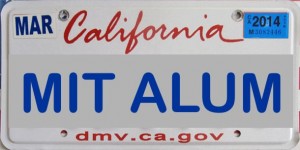 Well, one would assume that this middle-aged gentleman probably attended and graduated from MIT (Massachusetts Institute of Technology), at least that’s what I assumed.  Then I began to wonder:

Why doesn’t this presumably intelligent man just get into the lane that’s moving faster instead of risking an accident with his nice new yellow Corvette by darting in and out of slower moving traffic?

I kept observing this gentleman for about 10 more minutes through my rear view mirrors, he continued to cut in and out of the #1 and #2 lanes until I was too far ahead to see him.  I then began to wonder:

Did the MIT on his license plate mean something different like:

I guess I’ll never know.  One thing I do know, most drivers think that because they have a driver’s license, they automatically know everything there is to know about driving.  The qualifications to pass a driver’s license test are at best, the equivalent of a One Star Driver.

A Five Star Driver should be every driver’s goal.  Please check out my new