The other day while giving a driver training lesson to a teenager, I realized what a “good driver” is to some people. While pointing out mistakes the other drivers were making, my student would comment, “My mom/dad does that…..but she/he is a good driver“.

We witnessed rolling stops, failure to signal, speeding, tailgating, unsafe lane changes, etc.. Each and every time we witnessed these mistakes, my student would make the same comment about his parents making the same mistakes and then followed it up with, “but they are good drivers“. 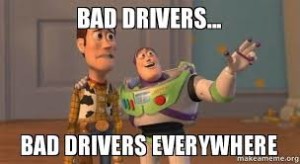 We pulled over to the side of the road and I asked my student, “if committing all of these mistakes makes you a good driver, then what is your definition of a bad driver?” I received the infamous “deer in the headlights” look and he had no answer. I explained that those driving behaviors are indicative of a “bad driver”, not a “good driver” and if he adopted his parents driving behaviors, he would be the one I would be pointing out as an example of a “bad driver” to one of my future students.

After 33 years of teaching driver training, I can honestly say that a vast majority of parents are extremely “unqualified” to effectively teach their teen how to a safe and competent driver. Most parents think that since they have a driver’s license and think they’re a good driver, they also think they’re automatically qualified to teach driving. Nothing could be further from the truth.

During my driver training lessons, parents ride along in the back seat about 80% of the time to learn how to use the Cullington Driving Concepts® so they don’t unintentionally sabotage my training. I can tell you that 100% of the parents, after watching me teach their teen, tell me that they would have taught their teen the opposite way from how I was teaching. The parents also tell me that I improved their driving skills just by watching. 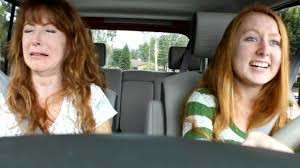 Parents have been set up to fail by the “DMV’s driver’s license mandates” by requiring them to “teach” their teens when they (the parents) haven’t been trained how to teach. The result is a transference of the parents “poor driving behaviors” to their teen.  Then, when the teen adopts the same driving skills & behaviors as their parents, the parent feels their job is done.

So, for the parents out there that don’t agree with what I’ve written, I challenge you to take this quiz and see how you do. If you would like more information about learning how to competently and effectively teach your teen how to drive, please go to this link.