If you learned how to drive sometime in the last 80 years, there’s an extremely high probability that you learned a “Conventional Driver Training” (CDT) methodology. Want to set your new driver up for an accident? Teach them what you learned or have them take lessons from a regular (CDT) driving school. If the average licensed driver thinks their driving skills are so great and that “Conventional Driver Training” (CDT) is so damn good, then tell me why over the last 75 years, twice as many people in the U.S. have been killed in auto accidents compared to the number of U.S. soldiers that have been killed in….

ALL OF THE WARS FROM THE REVOLUTIONARY WAR UP TO AND INCLUDING OUR CURRENT WAR.

Conventional Driver Training (developed in the 1930’s) is a plague that has permeated our society. Driving schools and parents teach it to new drivers with the best of intentions, but good intentions are no substitute for teaching a driver training methodology that steers drivers into having accidents.

In the late 1480’s and early 1490’s, the vast majority of society arrogantly believed that the earth was flat and their knowledge on the subject was beyond reproach…..

BECAUSE THEY KNEW THE EARTH WAS FLAT

Now, in 2017, the vast majority of society arrogantly believes that they know how to drive (and teach driving) and their knowledge on the subject is beyond reproach….

BECAUSE THEY KNOW HOW TO DRIVE (AND TEACH DRIVING) 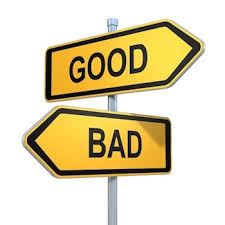 The truth? As an expert on this subject, I can tell you that “people don’t know what they don’t know” and that includes the vast majority of parents and professional driving instructors.  Conventional Driver Training is a “Flat Earth” methodology and is killing thousands every year.  You can continue the problem or be part of the solution.